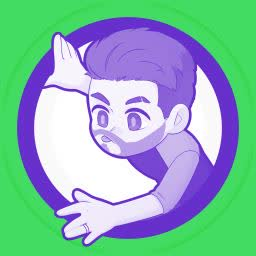 For 2021, I've decided to take on the one-game-a-month challenge.

"1GAM" is a self-imposed challenge where I have to develop a brand new game every month. And in order to help me achieve that goal each month, I've decided to use random game jams as catalysts. These game jams offer different themes, restrictions, and timelines each month, which motivate me and help me come up with creative new ideas.

And, in order to keep myself accountable, I've decided to also document each month's game in the form of a video devlog on my YouTube channel. I've branded the devlog series "Game Baking with Andrew-David"!

I've produced four videos so far. The first is an introductory episode:

And the other three cover the games I made in the first three months of the year so far:

The six games I've created so far (yes, I'm a little behind on creating the devlog videos) are available to play for free on itch.io and consist of:

If you would like to participate in the 1GAM challenge as well, you're welcome to do so alongside me and share your progress on your monthly games on Discord or right here in this forum post! I'll be posting my progress and new devlog videos in both locations as well

The Game Baking episode for the game I made in April for Ludum Dare 48 is up!

It's my shortest one yet, but despite that, it's the one that took me the longest to produce. I've tried to put more content in less time and I think I've finally found a good stride for how I want these videos to be.

Let me know what you think!

Here's the latest Game Baking episode! This one is for the game I made back in May for the Low Effort Jam!

You're going around and replying to people's posts with what they said, but using different words?